Nitinol Bars has a maximum tensile strength of between 103 and 1100 MPa at room temperature. For comparison: Depending on the material composition, steel has a tensile strength of between 300 and 2400 MPa. In general, temperatures as low as 400°C and times as short as 1-2 minutes can cure the mould, but a temperature near 500°C is commonly used. At a certain temperature, called the transition temperature, Nitinol Rods changes from its flexible state to its rigid state and “remembers” its original shape. The metal enters the martensite phase at low temperatures. At this stage, the metal is rubbery to the touch and bends easily.

We as Siddhgiri Tubes is a known exporter and stockist of Nitinol Round Bars, which is a ternary nitinol with additions of cobalt (1.0-2.0 wt% Co) and is commonly used to maximize charge and discharge plateau voltages over other Nitinol grades. Reduced processing temperatures also allow this Nitinol grade to remain super-elastic in cooler temperature applications. When cool, Nitinol is in a flexible state and is very soft. At higher temperatures it is in its rigid and highly elastic state. When NiTi Round Bars is in its martensitic form, it can easily deform into a new shape. When a shape memory alloy is in its martensitic form, it easily deforms into a new shape. However, when the alloy is heated above its transformation temperatures, it reverts to austenite and springs back to its former form with great strength, where this process is called shape memory.

Siddhgiri Tubes offers Nitinol Bars & Rods at very competitive prices. You can email us at sales@siddhigiri.com to get the latest price list of Nickel-Titanium Alloy Rods. We assure best prices for all types of Bar. 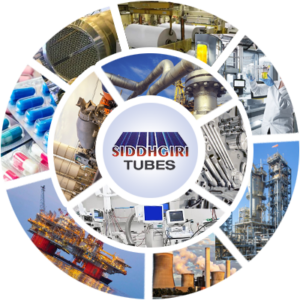 Suppliers and Exporters of Nitinol Bar & Rod in Countries like

Suppliers and Exporters of Nitinol Alloy Rod & Bar in Cities like